I started fishing in St Lucia when I was just 10 yrs old in 1986, we used to visit the area for our family holidays. The estuary shore was lined with boardwalks and I had easy access to many favourite fishing spots.

In 1986 the estuary was still connected to the ocean and was alive with fish moving in and out during the different tides. The mouth was dredged regularly and quite deep during the high tide.

At this stage, I mostly caught small fish with hand line off the jetty, being one of the laities, I tried anything to have a jol (fun). 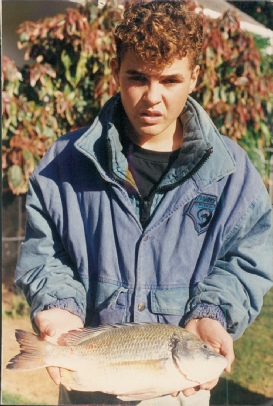 It didn't matter what I caught, I was happy just to be fishing, Just being by the water was enough. I got my first boat when I was only 14 years old, a little 4.2m mono-hull with a 4hp mariner motor....it took only 45min to reach the estuary mouth... top speed being about as fast as one would walk!

But for me I was in heaven, I had my own boat! I soon learned the typical estuary conditions and used to leave late in the afternoons to fish the incoming tide at the mouth. First thing was to get live bait and casting a net was my specialty.

Small shrimp and mullet were the bait of choice. Between the Parksboard and the large number of crocs around, fishing was always a mission. But by early evening the anchor was set and the live bait in the water. The shrimps were used to target grunter, perch and bream. Mullet were used for the big one, a Kob, Springer or even a river snapper.

I had great success bagging Kob of up to 32kgs and many between 8 and 15kgs. I also got Grunter up to 4.5kgs, but averaging 2 to 3 kgs. All these fish were landed on light tackle which was a lot of fun but most importantly honed my skills me in landing good fish.

Many outings later I got the opportunity to be a Gilly (assistant) on one of the offshore charter boats, I didn't even want to be paid because the most important thing was that I could fish!

The boat was called maverick and was owned by a local resident, I went out during the school holidays to take out the “vaalies” (nickname for those coming from the old Transvaal - now Mpumalanga /Gauteng and North West province).

In the middle of 1995 my father purchased the boat Maverick. I was helping on when the owner upgraded to a new boat. The boat was a 19ft invader cat and although it was old it was in good nic. In the same year I turned 19 and completed my skipper’s ticket, before my driver’s license, I always say “life's all about priorities”. 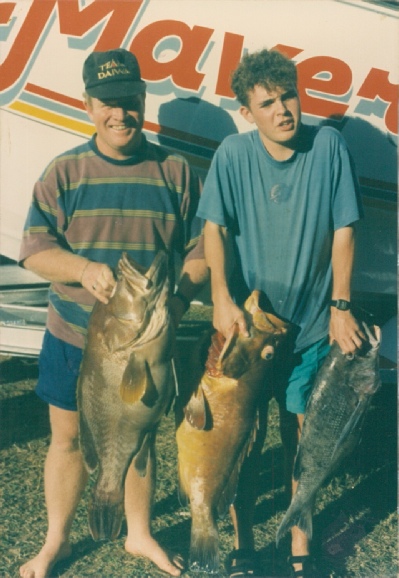 The youngest ever to take clients out on fishing trips, it wasn't easy at first. Numerous clients were expecting an old man of the sea so when they saw me they would ask "so where is your father?"

But this was always the perception of people in those early days. These perceptions would often change after I launched my boat through the tricky shoreline. Feeling bad about the way they judged me the rest of the day would be great.

Now with 14 years of experience, you can relax knowing you're in good hands. I have always been and still am a seriously keen fisherman and find great pleasure in trying new techniques to catch fish. 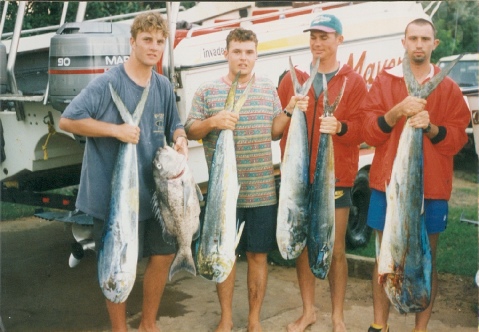